Cueva De Los Verdes is a volcanic cave on the island of Lanzarote in the archipelago of the Canary Islands (Spain). It’s one of the world’s largest volcanic cave.

It was formed after Corona Volcano eruption about five thousand years ago. It’s One of the most impressive sights in Lanzarote. During 16th and 17th Century it was used as a hiding place for locals from invasions and pirate attacks.

After entering this volcanic cave it is impossible not to feel like you are in another world. Leaving behind the sunlight and exploring its underground secrets is a must for any tourist.

Discovering the curious shapes that lava takes when it turns into rock is another of its great attractions. There also is a concert hall inside the cave which makes every tourist experience jaw-dropping.

There is an interesting story about a caretaker who spent his whole life inside the cave.

He was a little boy when he started working as a caretaker of the cave. He never left the cave. The cave was his world and most of the time he was lying face up counting every crack, stone, and hole in the cave. They discovered him resting, gazing at the roof of the cave and counting the stars made of rock.

The caretaker died and his soul joined Los Verdes who lived there centuries ago. Some tourists who have passed cave at night say that if you listen closely you can hear the whisper of a man counting the stone stars. 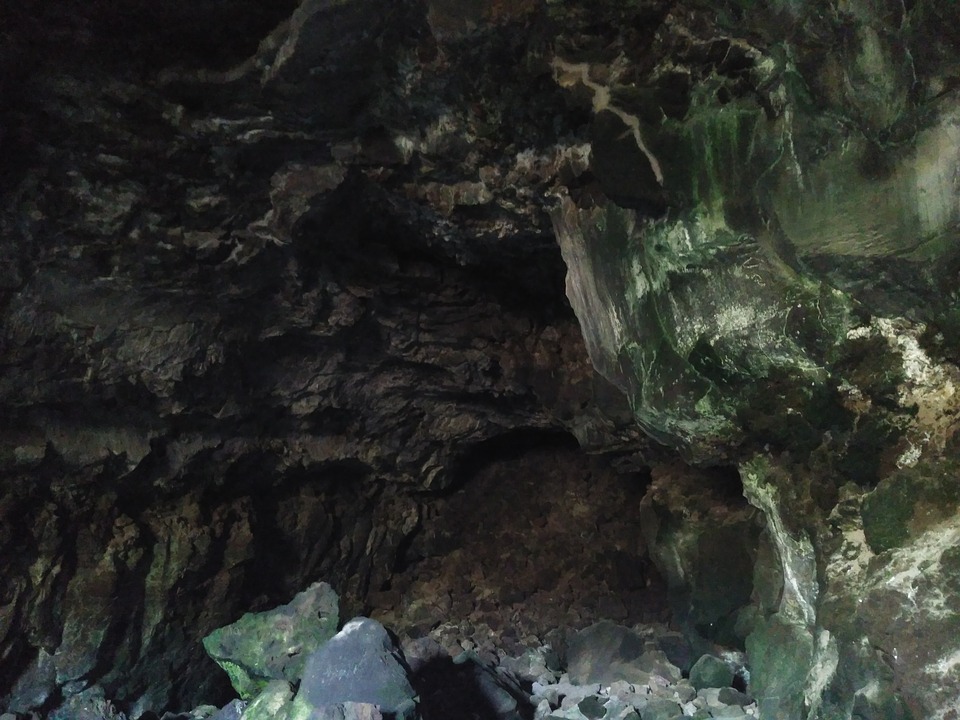 The history of the Jameos del Agua began more than 3,000 years ago when as a result of the eruption of the Corona Volcano most fascinating cave system on the planet was formed.

The Tunnel exceeds 20 meters in width.

Designed by César Manrique in 1968, the painter, sculptor, architect, and artist imagined and transformed the cave into space with unique characteristics. César Manrique wanted to show all visitors a space in which nature has been modified by man. 1.5 km is located under the sea level.

The cave houses a natural lake of translucent waters where there are dozens of endemic species of high scientific interest.

One of the most interesting is the species of blind crabs, which are usually found on the rocky bottom of the lake. The crabs have white tones due to the lack of pigmentation because there is no sunlight in the caves.

At the far end of a cave is an underground auditorium with 550 seats, frequently used for shows, meetings and concerts, a unique setting famous for its outstanding acoustics. There is also an extraordinary underground restaurant and bar. Jameos del Agua is a natural wonder that you should definitely see when visiting Lanzarote. 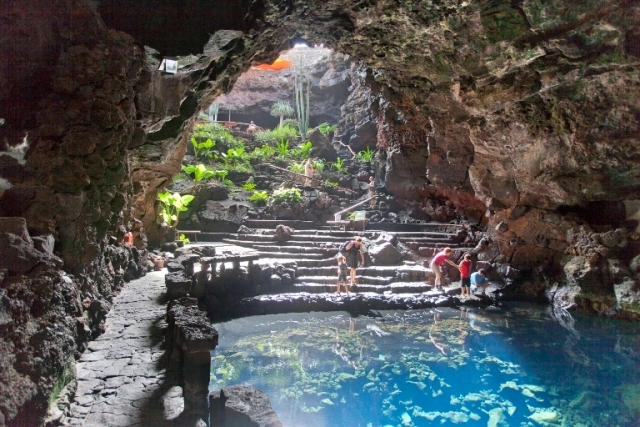 
The cave is of great geological and biological importance and houses at least 36 endemic species on the island of Lanzarote. Only experienced cave divers can visit this part of the cave as it’s covered with water. If you aren’t professional cave diver, you won’t be able to see this part of the cave, but don’t be disappointed, there are much more to see in Cueva de Los Verdes, than Túnel de la Atlántida.