El Golfo in English usually stands for Green Lagoon. It is quite unusual nature landscape. This lagoon was formed when sea water just flooded the old volcanic crater. But why it is green? Well the color is from algae in the water. There is a great contrast between green lagoon water and blue sea water, they look like being from different places of planet but actually it is known that the lagoon and the sea connects through underground tunnels. 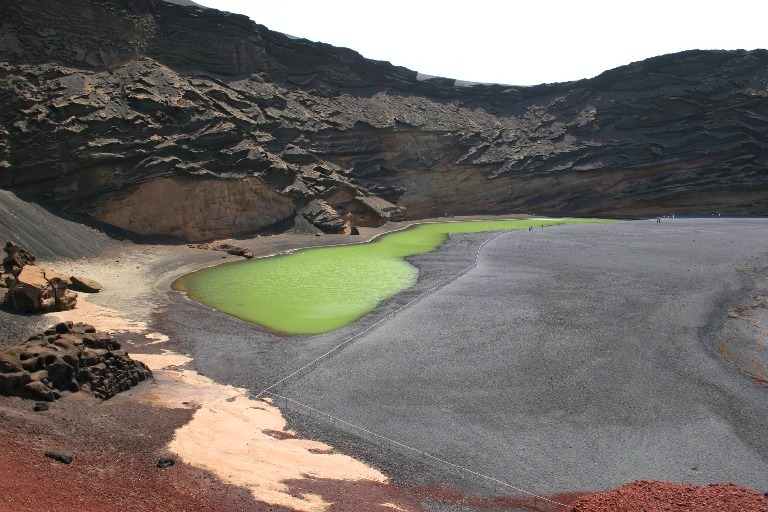 El Golfo looks really stunning with black sand around. The sand is black just because it was pulverized from black volcanic rock. Also, the cliffs behind El Golfo gives even more dramatic view. They are made by hot lava flows and eroded by winds blowing from the sea.

El Golfo is also popular between geologists and jewellery makers. There are lot of green – yellow mineral called olivine founded around the lagoon. Even you can find it between black pebbles on the beach. These minerals can be polished by the sea water and looks great so you can just add a string and hang it on your neck.

Near the lagoon is the village called the same name: El Golfo. If you are looking to the sea, the village is on your right. It is famous not only because of Green lagoon but also with fish. There are a lot of fish restaurants in the village. So it is probably the best place in the island to taste some fish. Some restaurants are almost on the seashore. So if you choose one of those you would probable see how kitchen workers are washing and gutting fish near the seashore. Also, they have some helpers – seagulls that help them to clean up. Restaurants suggest vide range of fish and even the lobster or other sea creatures can be suggested. 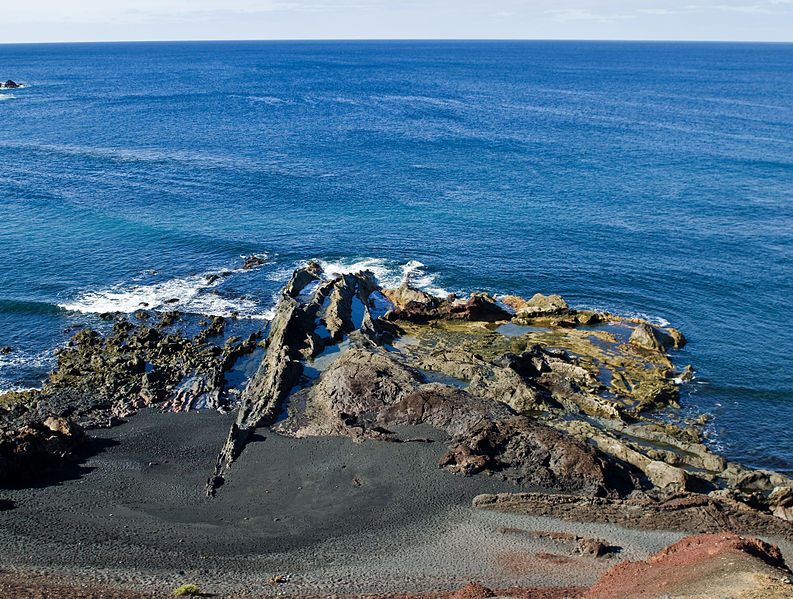 If you like this place and the village itself you always can stay there for a few days. There are some places to spend night, for example El Hotelito del Golfo which has nine double rooms, a swimming pool outside and a restaurant. Hotels, restaurants and just beaches are perfect places to watch how sun dives into the sea.

El Golfo on the map: