Arrecife – a city of Lanzarote island. It is located in the center – east of the island. Arrecife has about 56 000 residents. It is the capital of Lanzarote since 1852. The city was called under Spanish word “arrecife“ meaning the reef. It is called so because of the black volcanic reef covering the Arrecife beach. The city has both port and airport. Being the main city of the island it is the most popular place between tourists. It has both old town with old churches and new town with high hotels and other modern buildings. It is the most popular city between tourists from many continents, especially Europe. 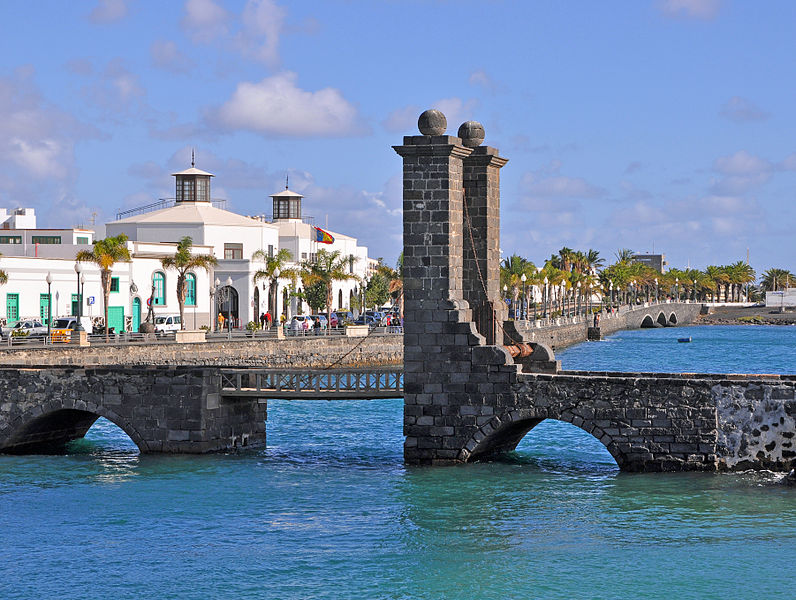 Lanzarote airport is 5 km to the Arrecife. It handles millions of tourists every year. There are many Europe countries that has direct flights to Lanzarote airport. To get to the city center is easy with taxi, bus or with rented car if you take it in the airport.

Arrefice is known from 15th century when it was just a small fishing settlement. During that ages villagers had to cope with pirates attacks. The reef helped them to hide from getting robbed. In the end of 16th century the village started to grow because of increasing trade between Europe and other continents. In 16 th century first church was built in Arrecife. Growing and becoming richer town attracted more pirates and in 1571 a pirate named Dogan almost completely destroyed the town.

Today there are some interesting objects to see in Arrecife. For example, El Charco de San Gines. It is salt water lagoon situated in the city center and surrounded by fishermens’ houses. In 1964 desalination plant was opened there and it was the first sea water desalination plant in Lanzarote.

Another place of interest in Arrecife can be La Casa de Los Arroyo – a patriarchal residence and a Historical Monument that houses the Scientific centre Blas Cabrera. Also, there are some museums in Arrecife too. Like international Museum of Modern Art or Archeological museum. 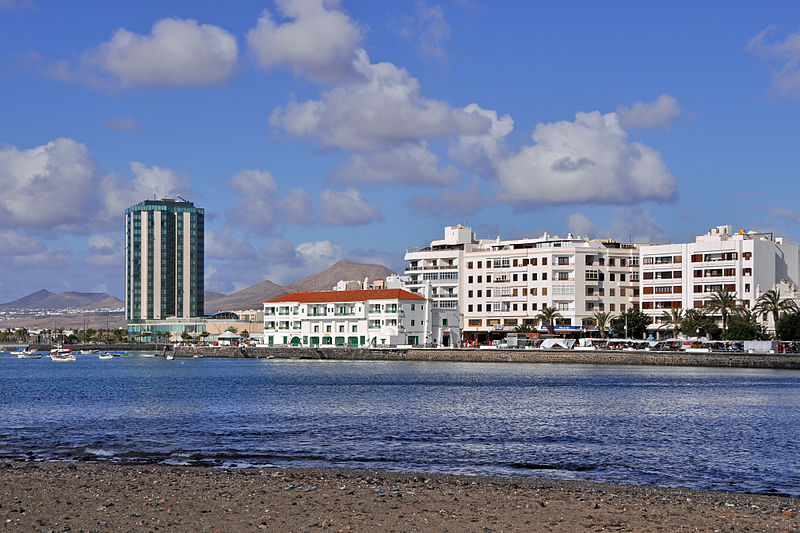 Casa de la Cultura Augustin de la Hoz and Iglesia de San Gines are important historical landmarks of Arrecife and are also worth to be visited. Iglesia de San Gines is parish church since 1778. It is main point of Christian festivities taking place during Corpus Christi and the 15th of August. Near the church there is Marmoles port where ferry can take you to Las Palmas.

Castillo San Gabriel – the most readily visible building in Arrecife. It was built in 1590 and now there is a museum of Arrecife history in it. Centro Insular de Cultura El Almacén – is a cultural center that has a lot of various exhibitions.

Also, Arrecife is a good city for promenade. It has streets full of boutiques, where you can find designers’ clothes. Many people visit Arricife just for shopping. A lot of shops are located besides a long pedestrian road called Calle Leon y Castillo where you also can find a large shopping center.

But if you don’t mind shopping then go to the beach called Playa del Reducto. The beach has golden sand and the water is quite calm there. You can go along the coast till another city’s beach called Playa de Cable. These beaches are perfect for long promenades so if you like long walking try it and you will not be disappointed. La Concha beach is outside the center of the Arrecife city. This beach is 250 meters long and 10 meters wide. It is natural beach with calm waters and fine sand. Across there are restaurants, parking lots, other accommodations that makes your holidays more relaxing and even more perfect. 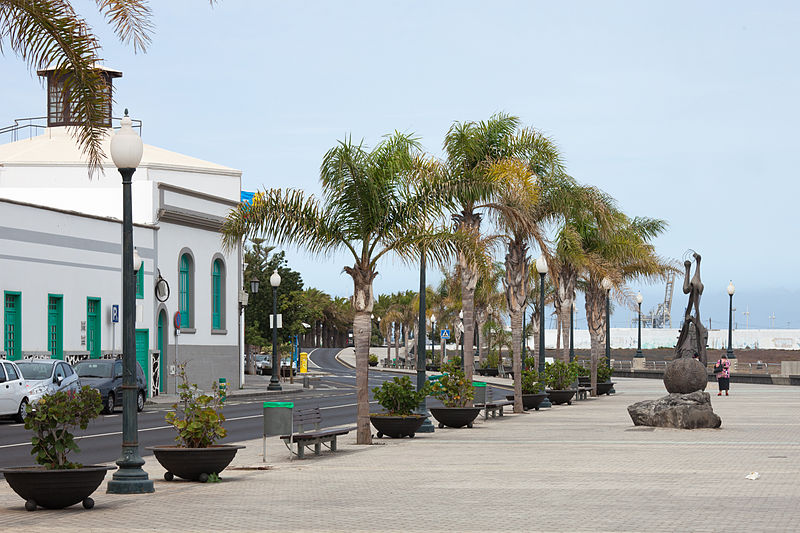 Weather in Arrecife is really mild. Weather is suitable for all year round travelling. Coldest months are January – February, when temperature can drop to 14 degrees Celsius or even more. The most warm period in Lanzarote is summer, July to September. Average high temperature reaches 30 degrees, sometimes can reach even 40 degrees Celsius.

Restaurante Lillium. Excellent seafood, great staff and beautiful place by the water with nice views. There is a place to sit outside but sometimes it can be quite windy.

Casa Ginory. It can offer you great seafood but you better go there not too late, because the restaurant may run out of their meals till the evening. It has seating available both inside and outside.

Tasca la Raspa. It is a typical canarian or Spanish place to have lunch. It offers you delicious food and tasty wines while enjoying the great view.

Arrecife airport is located in San Bartolome, just 5 kilometers from Arrecife. It handles around 5 – 6 millions of passengers each year. It was built around WW2 as a permanent aerodrome needed for Spanish Air Force. In 1946 it first time accepted civil traffic. A lot of improvements had been done since then and now the airport is used for both national and international flights. From Arrecife you can fly to many cities in UK, few in Germany, to Austria, Switzerland, Belgium, Luxemburg, Norway, Sweden, Denmark, Netherlands, Italy, Spain, France, Czech Republic, Ireland, Finland, Bosnia, Turkey. It is big airport serving a lot of passengers and easy to access from/to Arrecife.

Things to do in Arrecife

Overall, here are the most popular activities in Arrecife. Try to choose the most interesting for you, unless you do not have time for all of them.

Rentaguidecanarias tours. These funny – called tours are taken by camels. During the tour you will hear a lot of about history of different places in the Lanzarote Island. Also, professional photographer can take pictures of you while you are riding a camel but it is quite expensive pleasure. This tour costs around 12 euros for a person.

Last Minute Travel Excursion Center suggests you last minutes tours in arrecife or outside the city. You will be led by very friendly and informative guide who will tell you stories about places of interest. This excursion center suggests a lot of different excursions not only in the Arrecife but in the whole Lanzarote Island.

Explorar Lanzarote tours. These tours are taken by buggies or ATVs. These tours are for those who like off-road riding and adventures. The tours lasts for three hours and has a lot of good reviews from travelers from all over the world.

Lavabike tours. On this cycling tour you will see some historical places, then you will take a coastal path with some awesome beaches. Well prepared guide will take a lot of pictures of your trip and give you some snacks and drinks while riding. Lavabike tours suggests you high quality bikes with high quality services. It has a lot of good reviews and recommendations from tourists around the world.

Arrecife on the map: