If you are a hiker, or just simple nature lover, you can’t miss a chance to visit extinct volcano Caldera Blanca during your holidays in Lanzarote island.

Probably the most popular hiking place is in this volcanic crater and in surroundings. Some parts of the path are quite difficult, where you need to concentrate and forget for a while stunning views.

In other parts the walk is much easier, so all you need – open mind, good shoes and a camera. 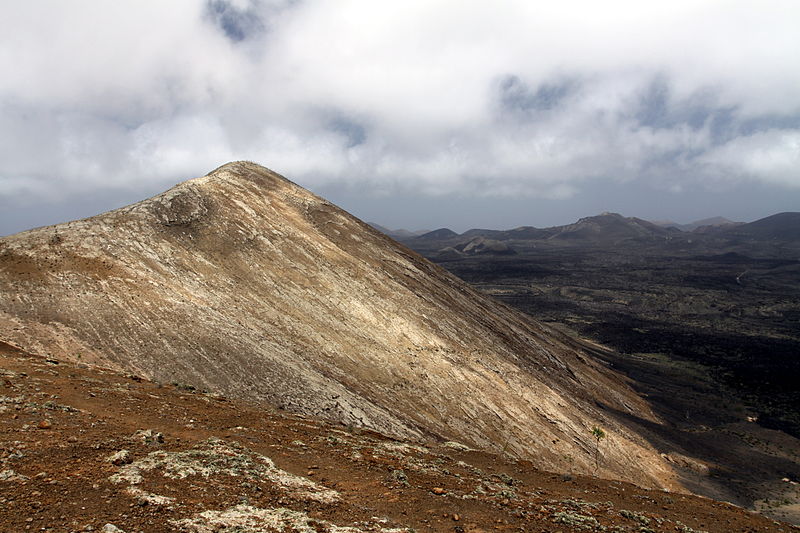 Geologically, volcano Caldera Blanca is older than surrounding lava rocks. This makes the sights around very contrasting. On your way you will also see the sea and great part of all Lanzarote island.

The peek of volcano Caldera is at 458 metres above sea level.

The width of the crater is 1,15 kilometers. It takes few hours (recommended at least three) to go through the path from the car parking place and back. That place is very open, there is no shade, so have it in mind, have a hat and a bottle of water, especially in summer.

This is where the trip begins.

In many parts on the way to the Cadera Blanca crater and in it there are small unmarked paths. They can help you to find some more interesting pictures, however, not all of them leads to the summit of crater.

It is very difficult to get lost during that hiking trip, but all that small paths may expend your trip in time a lot.

In the suroundings of Caldera Blanca there some smaller and lower neighbours – brownish Risco Quebrado (312 meters above sea level) and redish La Caldereta (324 m). All these, included Caldera Blanca, are named as Parque Natural de los Volcanes.

In some parts of the park locals still keeps farming. Naturally, some plants and moss species already found their place in the fields of lava. This makes the park a little greener, not only volcanic rocks all the way. 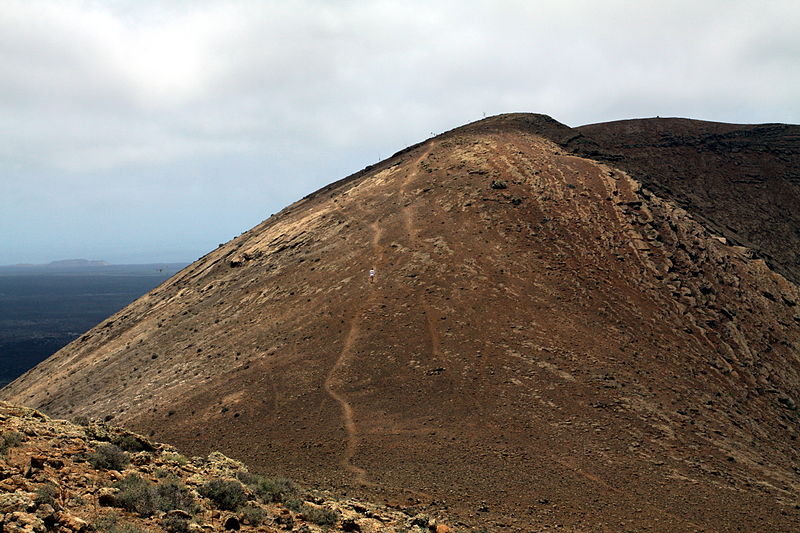 Caldera Blanca is in the north of other great national park of Lanzarote island – Timanfaya. So it possible to plan your trip to visit both parks in the same day. If you are lucky and have many time for holidays in Lanzarote, you can spend more time in Timanfaya.

Natural park of Volcanoes is few thousand years older, the Caldera Blanca is formed around 3000 – 5000 years ago while most parts of the Timanfaya only between 1730 – 1736. Discover geologist inside and try to feel the difference, how time changes lava!

Planning to visit Lanzarote? Check our best accommodation deals and save your money by booking now! Click on See all deals and be first to grab the best offer!

Weather in lanzarote is really mild. Weather is suitable for all year round travelling. Coldest months are January – February, when temperature can drop to 14 degrees Celsius or even more.

The most warm period in Lanzarote is summer, July to September. Average high temperature reaches 30 degrees, sometimes can reach even 40 degrees Celsius.

Caldera Blanca on the map