Beaches… Uch… Are not they your top destination in most of the cases, when traveling somewhere, where the climate is more than sunny, if we can say in this way?

Without any doubts, beaches play a huge role, especially for those, who are willing to boost their mood up not only physically by lying on the sand, yet psychologically by increasing individual motivation and keeping mood up.

Gladly, today we are willing to announce and write about one of the most popular beaches in region of Lanzarote.

Actually, we will in short talk about beaches in Playa Blanca, which is not only most attractive region of tourists, yet have mostly the greatest beaches to offer. Hopefully, the given content will work as a motivation to try your chances our and choose Lanzarote as top destination of next expedition.

Let’s begin with our first one – Playa Blanca. Well, when analyzing this beach, we find pretty interesting though – Playa Blanca, which is considered to be white beach in national language, is called on purpose.

What we are trying to say is that this are is unique because of its incredibly uncommon supply – white sand. Maybe we should consider that this feature is one of the main, why people are going there and willing to spend their time at Playa Blanca. 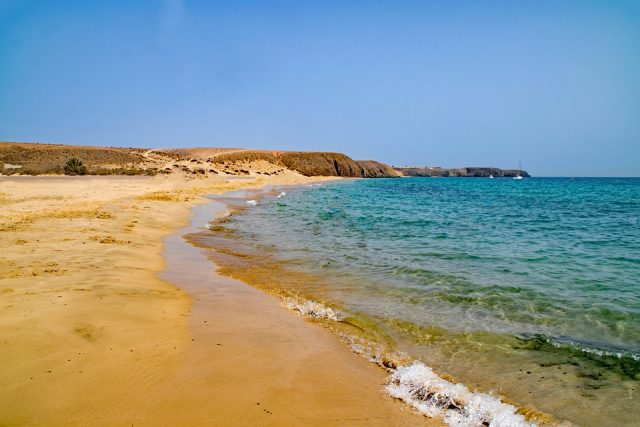 Water is warm even in November

Playa Flamingo – another great beach, which is only few minutes away from Playa Blanca. Actually, it is considered to be one of the most cleanest and safest beaches of all given as it is constantly controlled and cleaned.

Well, that is a wonderful new for us, especially knowing that if the most popular locations would be crowded, there is always a possibility to go somewhere else, as example, Playa Flamingo.

Papagayo, even though it is mentioned as the last one, of course it is not the worst one for sure! Most of the cases, Papagayo beach is compared to Playa Blanca, as it is also very popular among local people and the tourists. However, it has unique features – beach is pretty small, compared to another ones, yet it is surrounded by different reliefs, as example cliffs.

Another interesting idea is that Papagayo beach is easily reachable if choosing water taxi, which is offered at the beginning of Playa Blanca region.


There is no doubt that Lanzarote has wonderful beaches to offer – our given list will amaze you in a second!